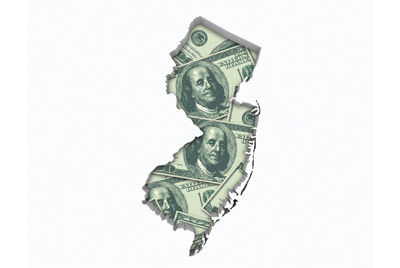 “This decision is designed to help already beleaguered small businesses, which are the majority of recipients of these loans,” said Governor Murphy. “It’s no secret that New Jersey has been one of the hardest hit states by COVID-19 and our small businesses have shouldered the brunt of it. PPP loans helped many stay afloat and this move will provide added benefit to help them weather this storm.”

The PPP was established by the federal CARES Act (Coronavirus Aid, Relief, and Economic Security Act) last year in response to the economic impact of COVID-19 in order to help small businesses keep employees on their payroll during the pandemic.

Of the 155,851 loans totaling $17.3 billion that New Jersey businesses received, the vast majority were for smaller businesses:

“PPP loans have played a critical role in helping Main Street stay afloat and keeping residents employed,” said State Treasurer Elizabeth Maher Muoio. “Given that the vast majority of these loan recipients are smaller businesses, the decision to make these loans tax exempt and the proceeds tax deductible was a logical one as we continue to grapple with COVID’s prolonged impact.”

Under the federal PPP, some or all of the loan may be forgiven if certain conditions are met. While federal law generally considers forgiven loans to be taxable income, the “Consolidated Appropriations Act, 2021,” which reauthorized the program, clarified that the amount of a PPP loan which is forgiven may be excluded from income for federal tax purposes and that expenses covered by PPP loans may be deducted from income for federal tax purposes.

New Jersey can follow the federal government’s treatment without enabling legislation under existing authority. As a result, for the 2020 tax season, related expenses paid for with PPP loans will be deductible for both Gross Income Tax (GIT) and Corporation Business Tax (CBT) purposes and forgiven loans will be excluded from being subject to either tax.

Republished with permission from the New Jersey State Society of CPAs